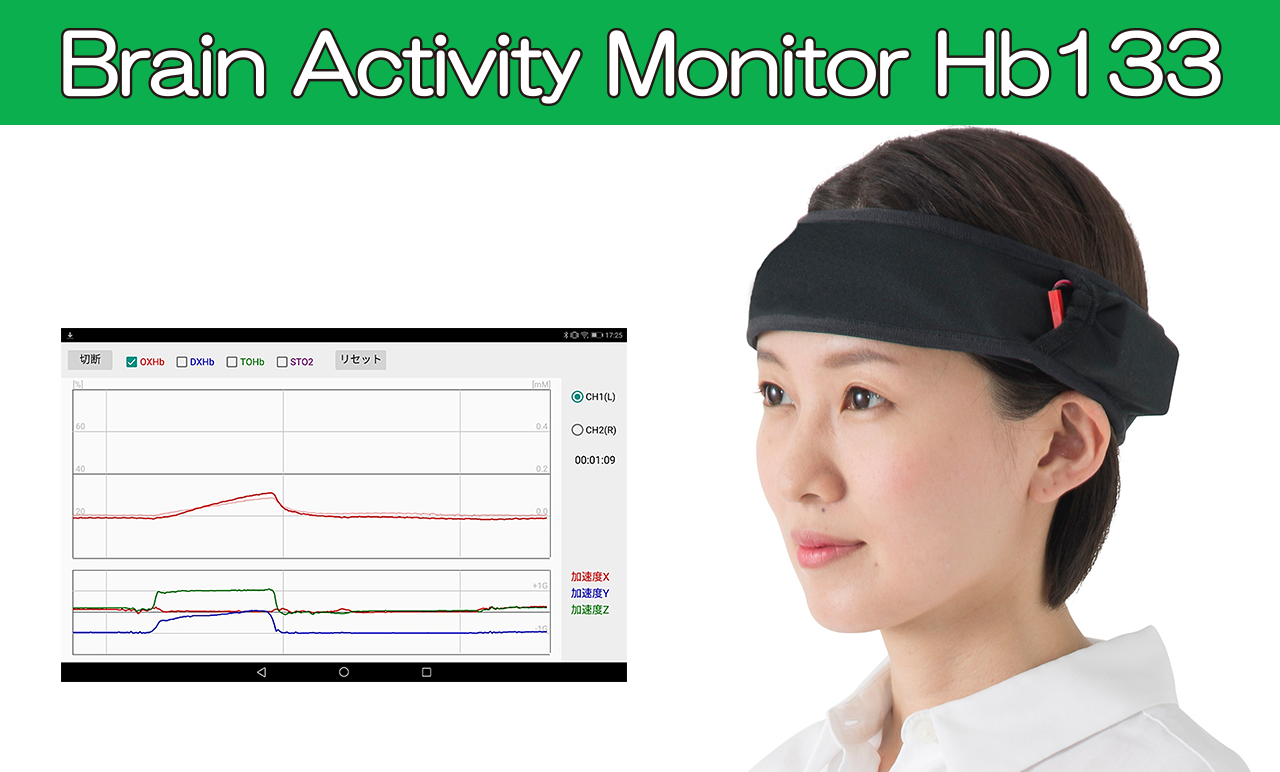 The Wearable Brain NIRS is a sensor that non-invasively measures blood volume changes in the frontal lobe.

In order to reduce the burden on the subject, the Hb133 and Hb131S have a newly developed ultra-thin NIRS plate attached to the inside of the sun visor. This is a revolutionary device that enables measurement of blood volume changes in the frontal lobe by wearing a sun visor.

Elderly people with dementia and children with developmental disabilities, who had previously been reluctant to wear NIRS sensors, can now wear them without any resistance and easily take measurements.

The measurement algorithm developed by Shizuoka University has been put to practical use by our company, and the quantitative change has been confirmed by simultaneous measurement with PET using oxygen isotopes by the Department of Nuclear Medicine at Sogo University.

This device cannot be used for medical treatment.
If you wish to use it, please obtain approval from the Ethics Committee of the university or hospital.

[Note] The built-in clock accuracy of the HB133 and HB131S is 0.994 seconds per second, so there will be a slight deviation when you extract the data to a CSV file. Please be careful when measuring with other devices at the same time.